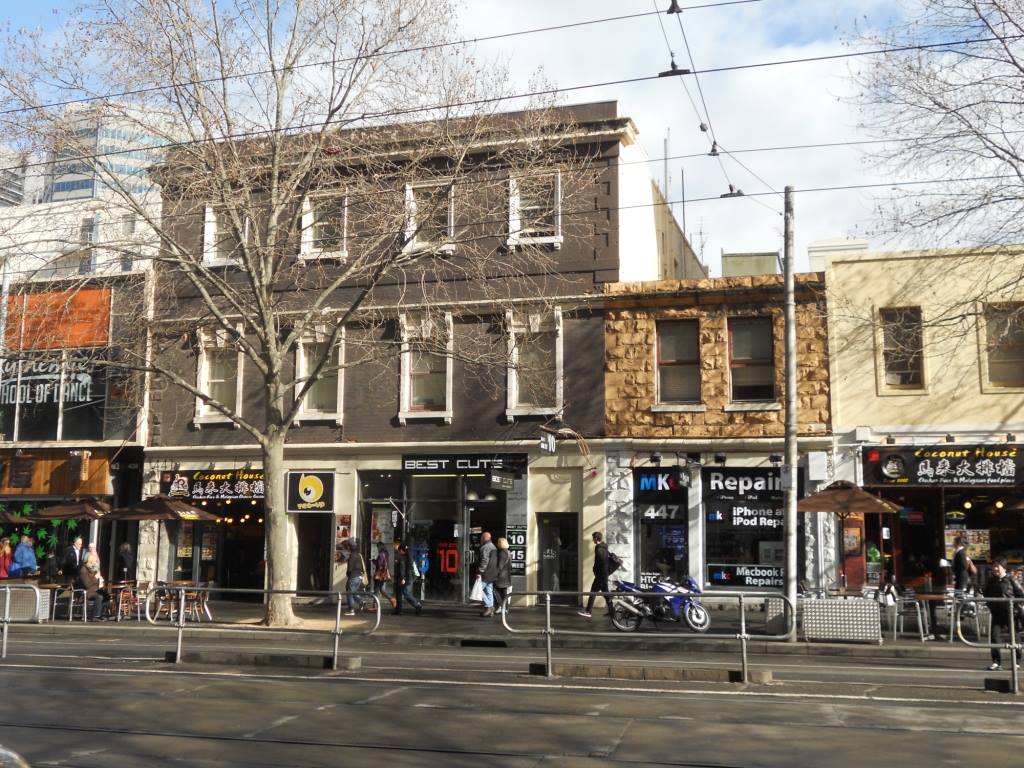 The Royal Saxon Hotel at 441 Elizabeth Street was built 1858, over the past few years this important historic building has been under threat more than once.

In 2012 there was a proposal to facade the hotel and construct a large tower behind that would have only had a  6 metre setback from the street. This is one of the only proposals the former planning minister rejected.

New plans keep the entire 1858 section, restore the facade (as it is seen below in a c1950 image) and the tower would be set back 12 metres, (the design involves a bit of cantilevering over the rear). The only problem is that the new design includes a proposal to facade a nice 1850s/1900s building on Franklin Street for a 12 storey wing of the tower with only minimal setbacks. This building is about to be given heritage protection as part of the city north heritage review. MHA strongly opposes keeping only a sliver of a building. This is never a satisfactory outcome for heritage as it goes against the principle that a building is always more than its exterior walls.

We have lodged a submission praising the first part, but opposing the second.

One thought on “Objection | Royal Saxon Hotel on Elizabeth St”